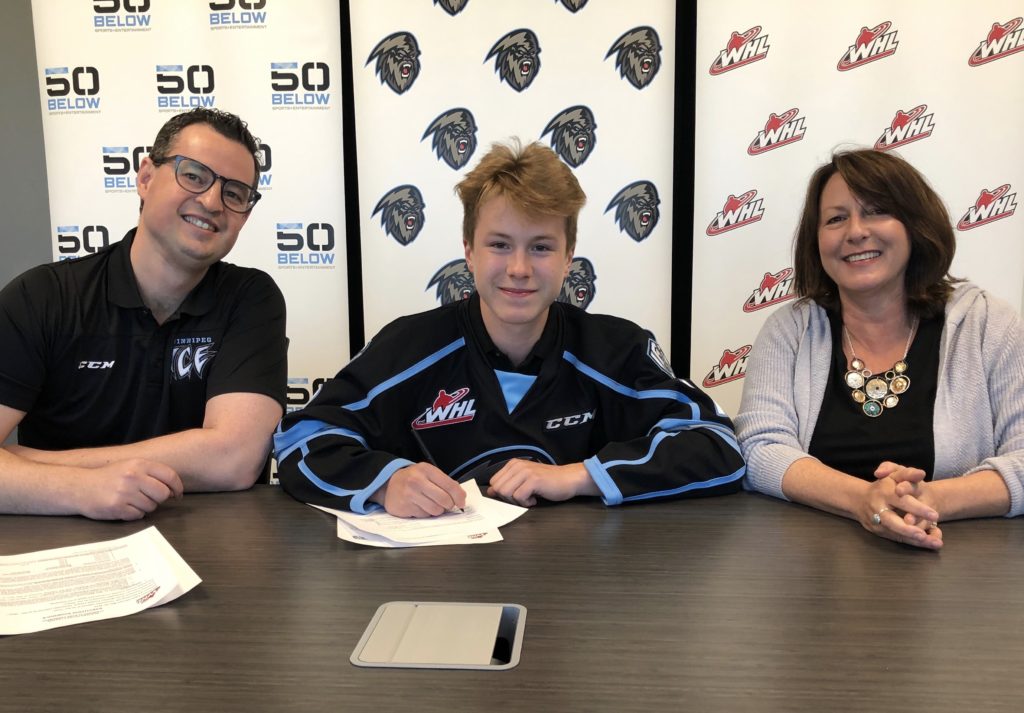 The ICE selected Hauser in the sixth round (120th overall) in the 2019 WHL Bantam Draft.

The Chestermere, Alberta native played 23 regular season games with Edge School Bantam Prep of the Canadian Sports School Hockey League during the 2018-19 campaign. In those 23 games, the five-foot-nine, 150-pound netminder posted a 3.00 goals against average and a .911 save percentage.

At the World Selects Invitational in May, Hauser registered a 1.63 goals against average and a .919 save percentage in six games with the Western Canada Selects U15.

“Daniel was a player we were very excited about selecting on draft day,” said Jake Heisinger, Director, Scouting and Hockey Operations. “He is a hard working individual with a very good set of skills. We would like to thank Daniel and his family for choosing our program to further his development.”