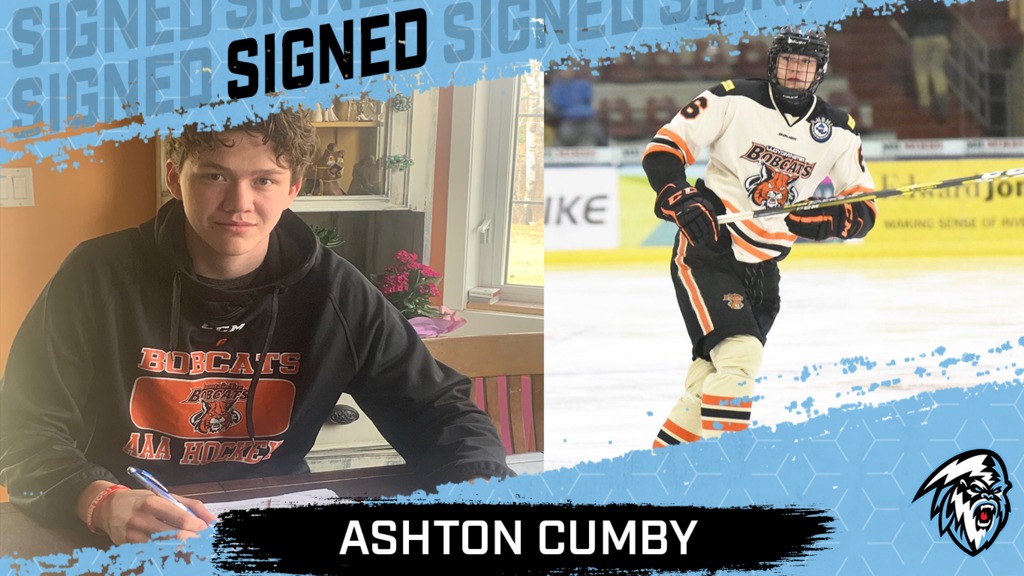 The 2005-born defenseman is 6’4, 195lbs, and played for the Lloydminster Bobcats Bantam AAA team in the Alberta Major Bantam Hockey League.  Cumby scored 13 goals and 9 assists for 22 points in 30 games this past season while accumulating 66 penalty minutes.

“Ashton is a player we feel will continue the steady improvement he has made in his game this past season..” said Jake Heisinger, Vice President of Hockey Operations and Assistant General Manager. “He is hard to play against and can defend against other teams top players. He will be an important part of our blue line in the future.”

Until June 1, 2020, your decision to purchase a season ticket results in the ICE donating 15% of the purchase to local COVID-19 relief organizations and an additional ticket to healthcare workers or youth on your behalf.