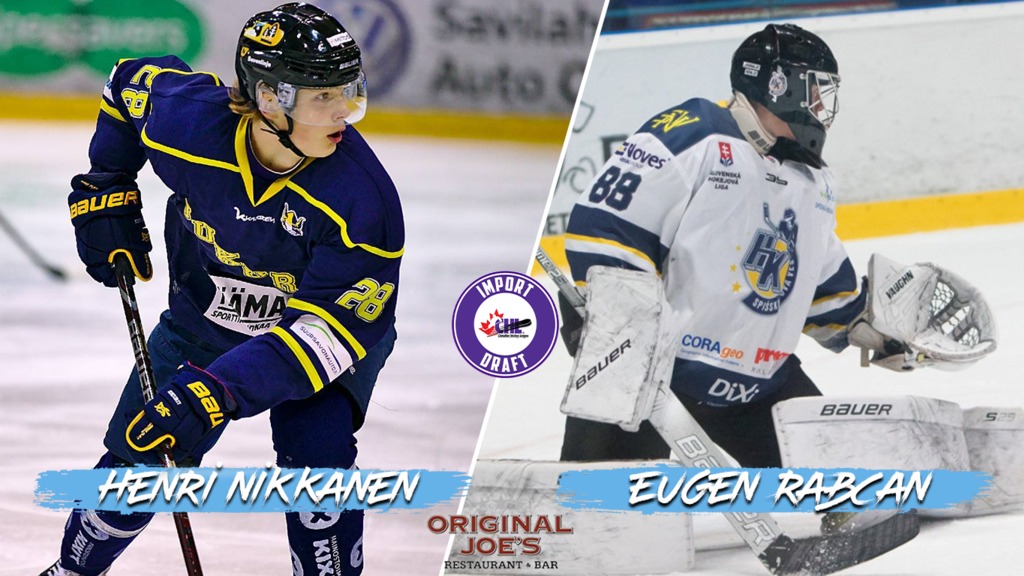 Nikkanen, whom the ICE selected in the first round, 42nd overall is a fourth-round pick of the Winnipeg Jets in the 2019 NHL Draft.  The 6’4, 203lbs center played for Jukurit in the U20 SM-sarja Finnish league where he scored 13 goals and 15 assists for 28 points in 28 games played before finishing the season for Jukurit in Finnish Liiga.  The 19-year-old center has represented his country at the U16, U17, U18, and U20 tournaments.

“Henri is a talented two-way center that can contribute at both ends of the ice,” said Matt Cockell, President and General Manager.

Rabcan was the ICE second selection in the CHL Import Draft.  The 6’3, 192lbs goaltender from Slovakia played for HK Spisska Nova Ves in the Slovakia2 League.  He played in 30 games last season recording a 2.61GAA and a .921 save percentage.  Heading into his 19-year-old season, Eugen has represented his country at the U18 and U20 levels.

“Eugen has good size and is very athletic and his maturity will add to our depth in net,” said Matt Cockell, President and General Manager.

The ICE still hold the playing rights to 2019 CHL Import Draft pick Michal Teply who led all WHL rookies in scoring last season. Teply, a fourth-round pick of the Chicago Blackhawks signed an entry-level agreement with the Hawks in mid-April.

Winnipeg ICE Season Tickets are available for purchase for the upcoming 2020-2021 season.  Click here to purchase.