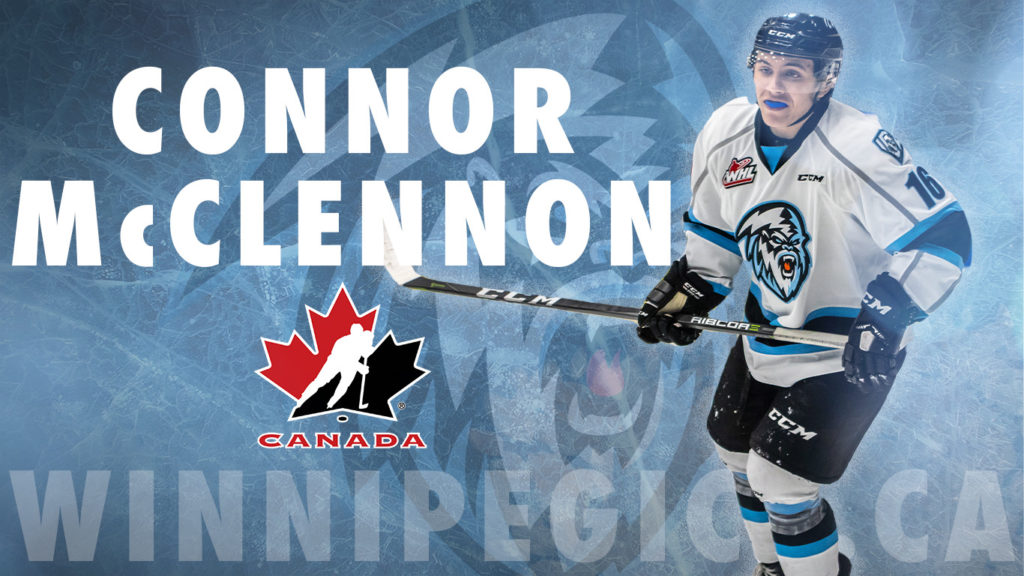 Winnipeg, MB – Winnipeg ICE 2002-born forward Connor McClennon is one of 44 players that will attend Canada’s national men’s under-18 team selection camp from July 26-30 in Calgary.

Hockey Canada made the announcement on Wednesday stating that the camp will take place at the Markin MacPhail Centre at WinSport’s Canada Olympic Park.

Hockey Canada is inviting four goaltenders, 16 defencemen and 24 forwards to the camp, all of which are competing for the chance to represent Canada at the 2019 Hlinka Gretzky Cup in Czech and Slovakia from August 5-10.

The Wainwright, Alberta native completed his rookie campaign with the ICE in March of 2019. He scored 14 goals and added 15 assists for 29 points in 46 games last season.

In addition to his 46 games with the ICE, McClennon was a member of Team Canada White at the World Under-17 Hockey Challenge. He recorded eight goals and 11 points in five tournament games. McClennon led all players in goals and points and was named to the tournament all-star team.

Canada has won gold 22 times in 28 years at the event, along with two silver medals and one bronze.