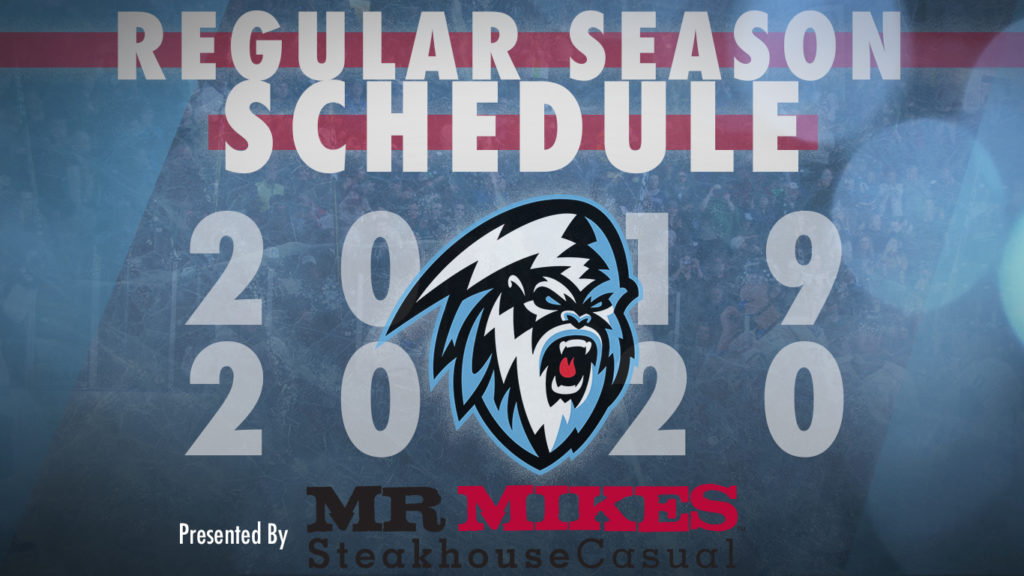 Winnipeg, MB – The Winnipeg ICE will play its provincial rival, the Brandon Wheat Kings, 10 times during the 2019-2020 WHL regular season.

The Winnipeg ICE begin its inaugural season on the road against the Wheat Kings on Friday, September 20. The following night, the ICE welcome the Wheat Kings for its Home Opener presented by Nutrien Ag Solutions. More information about the ICE home opener will be announced at a later date.

Below is a list of all 10 games against the Wheat Kings:

**Note: all times are Central Time**

The defending champion Prince Albert Raiders will make its first appearance in Winnipeg when it visits the ICE on January 4 and 5. The final visit of the regular season for the Raiders will be March 8.

In addition, the ICE will host a number of promotional games throughout the 2019-2020 season. Information on those games will be announced closer to the start of the season.

The ICE play four of its first five games on the road.

The longest homestand of the season will take place from January 4-26 (a stretch of nine games). The longest road trip is a span of seven games from November 11-29. 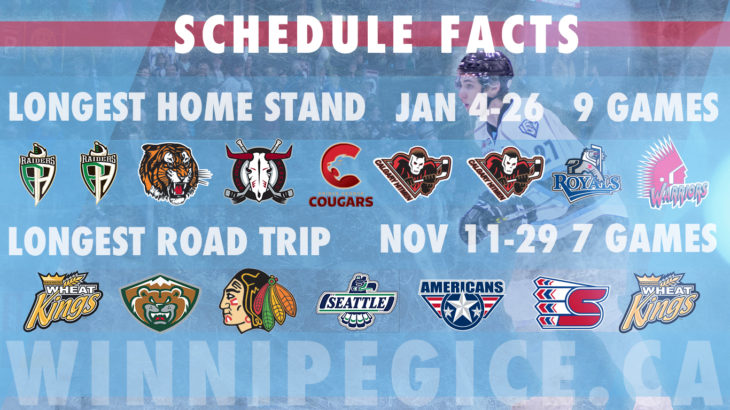 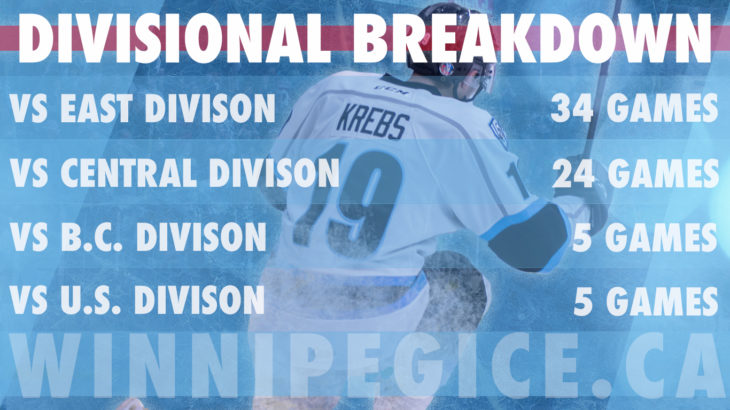 The ICE play 18 games on Fridays, 22 games on Saturdays and 13 games on Sundays.

The ICE have no games scheduled between December 18-26 for the holiday break.

The only way to guarantee a seat to watch the action while the ICE are at their temporary home at the Wayne Fleming arena (ICE Cave) is by purchasing season seats. Season seat memberships can be purchased for as low as $45.75 per month and are great to share with family and friends to ensure WHL hockey all winter long!

Get your ICE Gear in time for the season! The Winnipeg ICE Hockey Club launched its online store where customers can receive 15% OFF SITE WIDE from now until 11:59 p.m. on Friday, July 5. Take advantage of this limited time offer by using the promo code ‘ICEGEAR2019’. To purchase your pre-ordered retail, pro or customized 2019-20 jersey, ICE hat, hoodie or more, click the link provided >> CLICK HERE