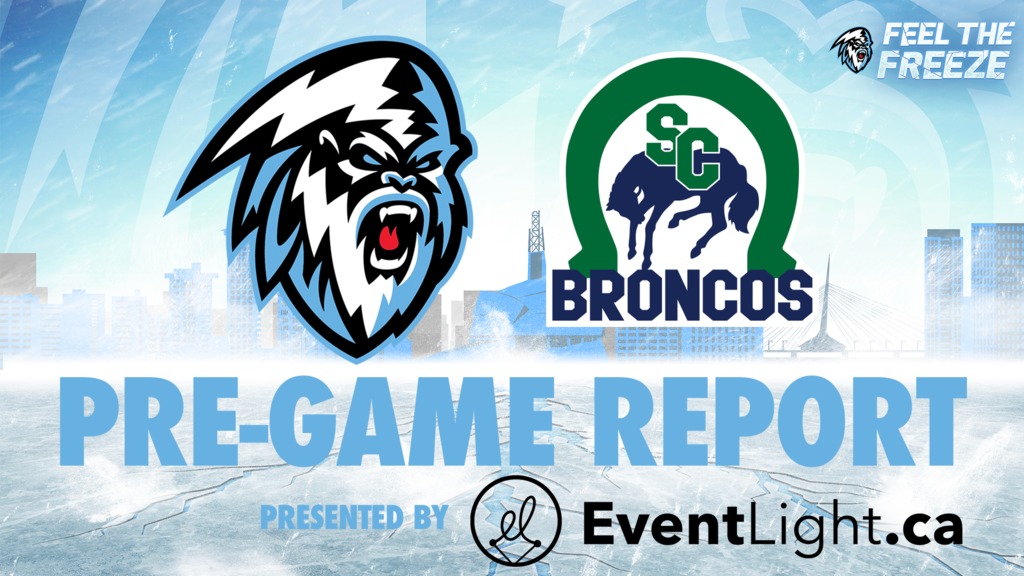 The Winnipeg ICE are coming off of a 5-2 loss to the Medicine Hat Tigers on October 11. The ICE received goals from Jakin Smallwood and Connor McClennon. McClennon led the way for the ICE with two points (1G, 1A). ICE goaltender Jesse Makaj stopped 29-of-33 shots in his first start of the season. The Tigers got two goals from Tyler Preziuso and singles from Elijah Brown, Ryan Chyzowski and Cole Sillinger. Tigers goaltender Mads Sogaard blocked 28-of-31 shots. The ICE were outshot 34-31. They went 1-for-4 on the power play, 2-for-2 on the penalty kill and won 39-of-80 face-offs.

The Swift Current Broncos host the Winnipeg ICE for the first time this season on Saturday, October 12. Puck drop is scheduled for 7:00 P.M. MT. Tonight’s game concludes a four-game home stand for the Broncos who head out to B.C. to face Kamloops, Kelowna, Victoria, Vancouver and Prince George from October 15 to October 22. The Broncos are 1-2-0-0 during the home stand so far.

The Broncos are coming off of an 8-2 loss to the Portland Winterhawks on October 9. The Broncos received goals from Aiden Bulych and Ethan O’Rourke. Goaltender Reece Klassen stopped 32-of-40 shots. The Broncos were outshot 40-26. They went 2-for-5 on the power play, 0-for-3 on the penalty kill and won 36-of-72 face-offs.