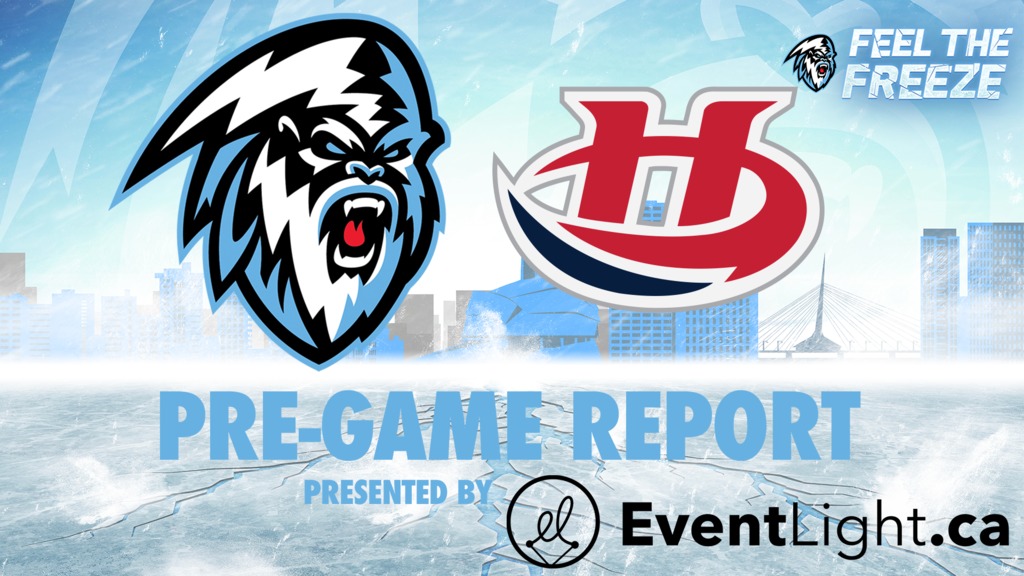 GAME PREVIEW:  The ICE and Hurricanes will meet for the third time tonight with a fourth meeting coming tomorrow night.  Both games will be played in Lethbridge as the Hurricanes came to Winnipeg earlier in the year for a two game series.  A series the teams split with one win a piece inside the ICE Cave. The ICE picked up a 4-3 shootout win over the Canes in the first meeting before the Hurricanes came storming back and won 8-2 the following night.

A lot has changed since the first two meetings between the two clubs and tonight surely won’t disappoint.  The ICE come into this one looking to hold onto the East Division lead where the Hurricanes have their eyes set on catching the Edmonton Oil Kings.

The ICE look to keep the good times rolling, winning their last three contests and most recently over the Swift Current Broncos on Wednesday night by a final of 8-3. The wins have kept  their record at 6-4-0-0 over the last ten games. The Hurricanes continue to roll and will look to improve their record over the last 10 games which sits at 8-2-0-0.

The ICE continue to duke it out with the Prince Albert Raiders for first spot in the East Division which the ICE currently hold due to a tie break.  The ICE have one game in hand on the Raiders as well.

LAST GAME – 8-3 WIN OVER SWIFT CURRENT: After an uneventful first half of the first period, it was Nolan Orzeck who broke open the game with his fourth of the season.  The Broncos would respond but it was Owen Pederson giving the ICE a 2-1 advantage heading into the first intermission. Peyton Krebs had two primary assists in the opening frame.

In a wild second period which saw five total goals, the ICE score three straight to take a 5-1 lead.  Johnson, Pederson and Zloty added the markers for the ICE. The Broncos would not go quietly though, as they answered back with two of their own of the sticks of Benson and Ostir to make the game 5-3 after two periods of play.

The ICE came out with a vengeance in the final frame scoring three times in the first ten minutes to take an 8-3 lead.  Michal Teply, James Form and Cole Muir had the tallies for the ICE. The ICE improve their record to 32-19-1-0 after the win tonight and are tied with the Prince Albert Raiders for first in the East but hold the position on a tie break.

Liam Hughes made 18 saves for his 16th win of the season.

VS LETHBRIDGE THIS SEASON:   The Winnipeg ICE are 1-1-0-0 against the Hurricanes this season.