Pre-Game Report Presented by Eventlight.ca | ICE Look for Bounce Back Win Over Regina. 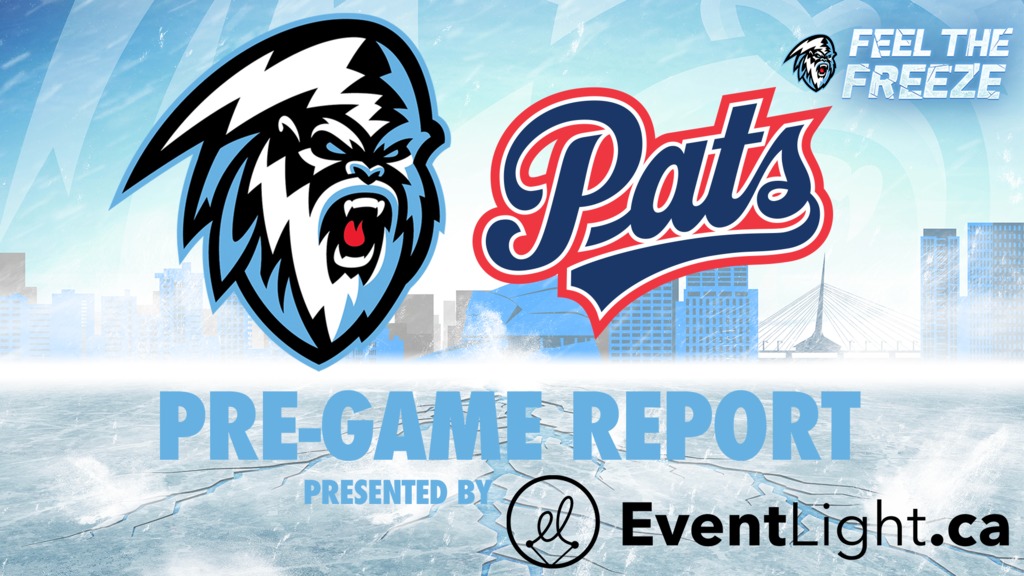 GAME PREVIEW:  The Winnipeg ICE host the Regina Pats for the first time this season on November 9th. Puck drop is scheduled for 7:30 P.M. CT.

Tonight’s game will be the second of six meetings between these two clubs in the 2019-2020 season. The first meeting resulted in a 5-2 win for the ICE on September 29th. Carson Lambos led the way with two goals, four shots on a goal and a plus-one rating. Muir, Johnson and Teply all added tallies in the win.

The ICE stay steady at 3-2-0-0 in their last five outings, with a 3-2 loss in Moose Jaw last night. Regina has lost three in a row, with their most recent being a 3-2 OT loss to Red Deer on November 2nd. Austin Pratt scored his team-leading eighth of the season for Regina to tie the game with 41 seconds left in the third, but Red Deer’s Arshdeep Bains would spoil the party with his second of the year 48 seconds into overtime to earn the win.

Following tonight’s contest, the ICE start on a seven-game road trip to Washington, with a provincial matchup in Brandon on November 11th before heading west. As for Regina, the team returns home to host Prince Albert and Calgary on November 16th and 20th, respectively.

LAST GAME – 3-2 LOSS @ MOOSE JAW: The Winnipeg ICE dropped a 3-2 decision to the Moose Jaw Warriors on Friday night, November 8th. Michal Teply would scored his team-leading seventh of the year, on the powerplay, to cut the lead in half with nine seconds remaining in the second frame. However, Manitoba-born rookie Cory King would then score his first career WHL goal early in the third which stood as the winner for the Warriors. ICE forward Connor McClennon would pick up a goal and an assist in the loss, now with two goals and four assists in his last three games. Jesse Makaj would stop 24-of-27 shots for Winnipeg.


VS REGINA THIS SEASON:   The Winnipeg ICE are 1-0-0-0 against the Regina Pats this season.

F, Connor McClennon (‘02) is on a three-game point streak with two goals and four assists.

F, Michal Teply (‘01) is on a three-game point streak with two goals and two assists.

D, Mike Ladyman (‘01) is on a three-game point streak with a goal and two assists.

F, Nino Kinder (‘01) is on a three-game streak with two goals and two assists.

Fans are encouraged to bring a non-perishable food item to tonights game for the ICE Food Drive presented by Domino’s Pizza in support of Siloam Mission.  With a donation they will be entered to win free pizza for a year courtesy of Domino’s Pizza.  Tickets can be purchased HERE