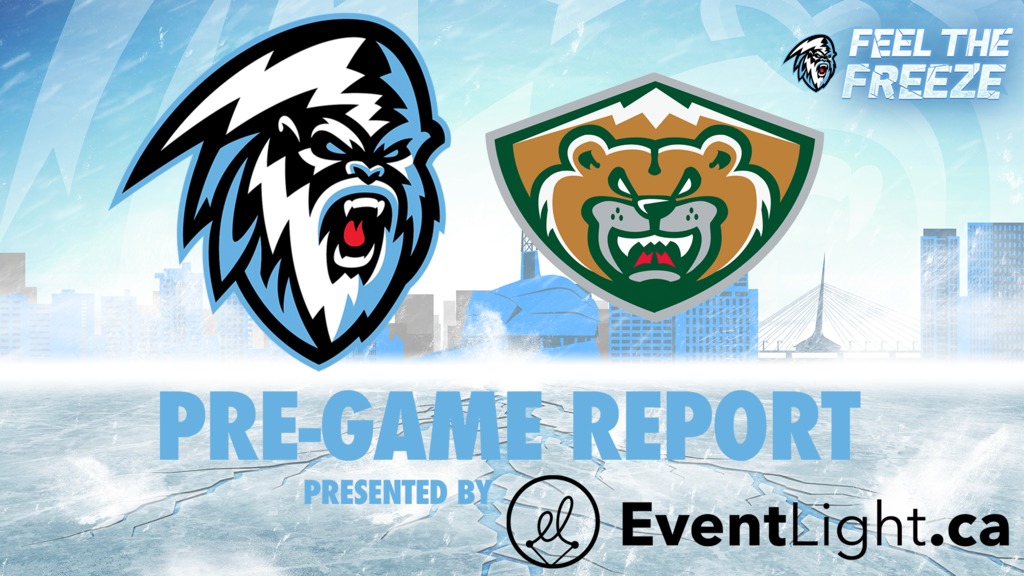 GAME PREVIEW:  The Winnipeg ICE travel to Everett  for the first and only meeting this season on November 16th. Puck drop is scheduled for 9:05 P.M. CT.

This evening’s game will be the first of five straight games within the US Division this week. The ICE are out west at a time where they have found recent success on home ice.

The ICE stay steady with a 6-4-0-0 record in their last 10 outings.  The ICE are coming off a 7-2 loss to the Wheat Kings on Monday afternoon. Everett has won four in a row, and have recently been ranked as the #4 seed in the CHL Top 10 Rankings.

Following tonight’s contest, the ICE head to Portland tomorrow night for a battle with the Winterhawks.  As for the Silvertips, they host the Spokane Chiefs on Sunday afternoon, a team the ICE will see later in this five game road trip.

LAST GAME – 7-2 LOSS vs BRANDON: The Winnipeg ICE missed out on a chance to move seven points up on provincial-rivals the Brandon Wheat Kings with a 7-2 loss in the Wheat City on Remembrance Day.  Winnipeg, coming in off a victory over Regina Saturday night, skated to a 0-0 first period in the third meeting of the season between the teams only to see things slip away in the second frame.  Isaac Johnson’s team co-leading seventh of the season erased a 1-0 second period deficit, but the Wheaties soon exploded for four goals in less than six-and-half minutes to take charge. Mikey Milne notched his sixth of the year, and fifth in seven games, to move Winnipeg within three goals early in the third period but that’s as close as they’d get as the home team added two more to take a 2-1 lead in the season series.  “They just out-battled us tonight,”said Milen post-game.“I think they won every 50/50 battle. We weren’t good enough tonight so we’ve got to clean that up.” Johnson’s goal was his third in the last two games and moved him into a tie with Michael Teply, Nino Kinder, and Brad Ginnell for tops on the team. Starter Jesse Makaj took the loss making 13 saves on 17 shots before giving way to Dean McNabb who finished with eight stops on 11 Brandon drives.

Plus/ Minus: Bryce Kindopp, Cole Fonstad (+3)


VS EVERETT  THIS SEASON:   The Winnipeg ICE are 0-0-0-0 against the Silvertips  this season.

F, Cole Muir is on a two-game point streak with two assists

F, Isaac Johnson is on a two-game point streak and two game goal streak with three goals and an assist

F, Mikey Milne is on a two-game goal/point streak with three goals and has five goals in the last seven games

F, Michal Teply is on a four-game point streak with two goals and two assists and has a point in six of the last seven games