Pre-Game Report presented by EventLight.ca | ICE and Wheat Kings Renew Rivalry in the First Game of Home and Home Series 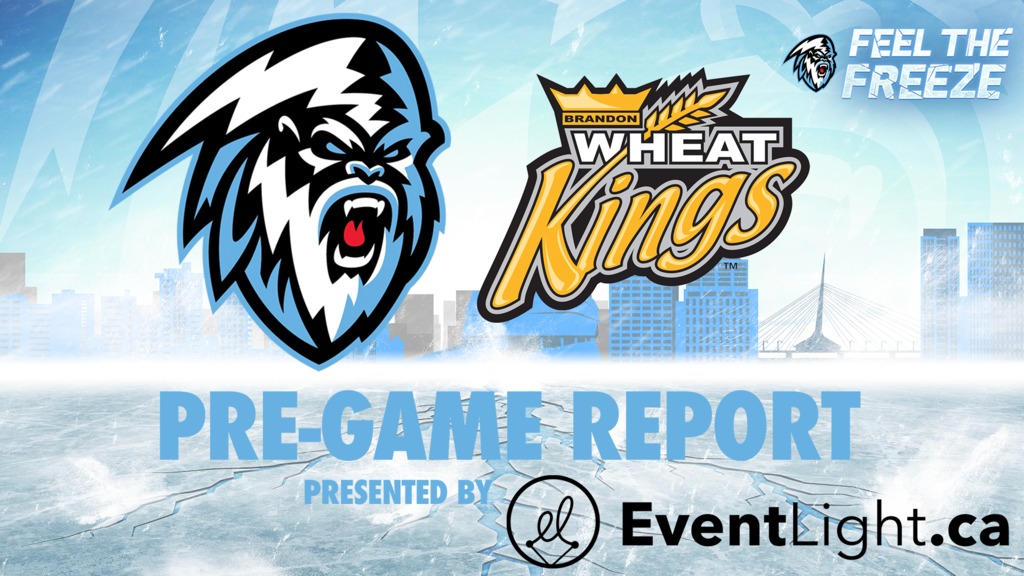 GAME PREVIEW:  The Winnipeg ICE close out their season long seven game road swing tonight in Brandon.  This will mark the fourth of ten meetings between the two clubs this season.

The ICE are currently 3-3 on the trip after losing to the Wheat Kings on Remembrance Day before embarking on a 5 game swing through the U.S. Division where they went 3-2 picking up wins in Everett, Seattle, and Tri-City.

Following tonight’s contest, the ICE host the Wheat Kings in Winnipeg tomorrow night in Winnipeg for a 7:30 start.

LAST GAME – 5-3 LOSS IN SPOKANE: For most of the first period the teams were knotted at 0.  The ICE struck first on the power play at the 15:18 mark as Connor McClennon one timed a Peyton Krebs pass from the slot passed the Chiefs goaltender to give the ICE a 1-0 lead after twenty minutes.  The ICE scored early in the second period to take a 2-0 lead as Michal Teply set up Reece Harsch for a back door tap in. The Chiefs answered right back on the power play as Noah King scored to bring Spokane within 1 at the 2:33 mark of the second period.  Cordel Larson tied the game up at two at the 14:35 mark of the second. 30 seconds before the period let out, Isaac Johnson created a turnover in front of the Spokane net and Cole Muir passed one cross crease to Jakin Smallwood who put the ICE in front 3-2 after two.  Spokane scored shorthanded just passed the midway point of the third to even things up at three. Shortly after, Eli Zummack capitalized on a chance for the home team to give them a 4-3 lead at 11:51 of the third period.


VS BRANDON THIS SEASON:   The Winnipeg ICE are 1-2-0-0 against the Wheat Kings this season.

Tomorrow night is the second leg of the home and home series as the ICE play host to the Wheat Kings at 7:30PM at the ICE Cave (Wayne Fleming Arena, U of M).  TICKETS AVAILABLE HERE .