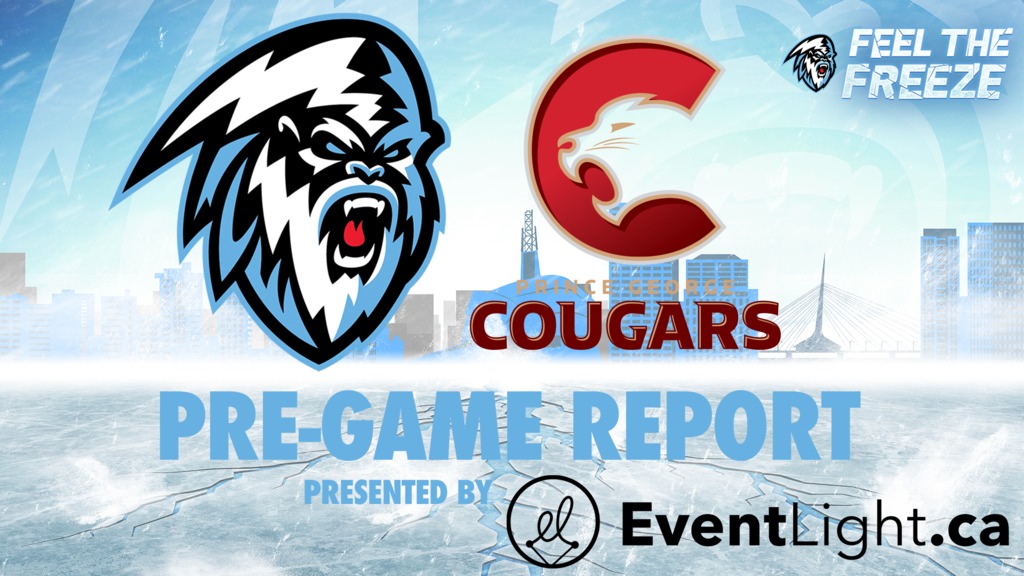 The ICE have had some success against the B.C. Division this season winning against the Kelowna Rockets and Kamloops Blazers on back to back games in early December and will look to continue that streak against the Prince George Cougars tonight.

The ICE currently sit tied at the top of the East Division with the Prince Albert Raiders but have two games in hand.

LAST GAME – 6-0 WIN OVER RED DEER: The Red Deer Rebels were in town for a showdown with the ICE on Saturday night. The ICE were looking to get back in the win column after a tough 4-1 loss to the Medicine Hat Tigers on Wednesday.

Jackson Leppard got the ICE on the board 6:40 into the first period, with Michal Teply and Dawson Barteaux drawing the assists on the play. The second assist gave Barteaux his first point as a member of the ICE, after being acquired from the Rebels yesterday. The former Red Deer captain had 23 points with the Rebels this season before the trade.

The second period was relatively quiet until Peyton Krebs got his fourth of the year with just under two minutes left in the frame after a beautiful stretch pass from Connor McClennon. The shots after two periods were 21-17 in favor of the ICE.

The ICE broke through in the third as they put  four goals past Rebels goalie Ethan Anders. Michael Milne, Ben Zloty, Isaac Johnson, and McClennon were the scorers in the third, as the ICE dropped the Rebels by a score of 6-0. Teply got a pair of assists in the frame to take his tally to three for the night, and ICE newcomer Barteaux got his second assist of the game as well.

VS PRINCE GEORGE THIS SEASON:   The Winnipeg ICE are 0-0-0-0 against the Cougars this season.

Tickets are available to tonights game and when you use promo code 2FOR1 online in advance, get two tickets for the price of one! Tickets can be purchased HERE.