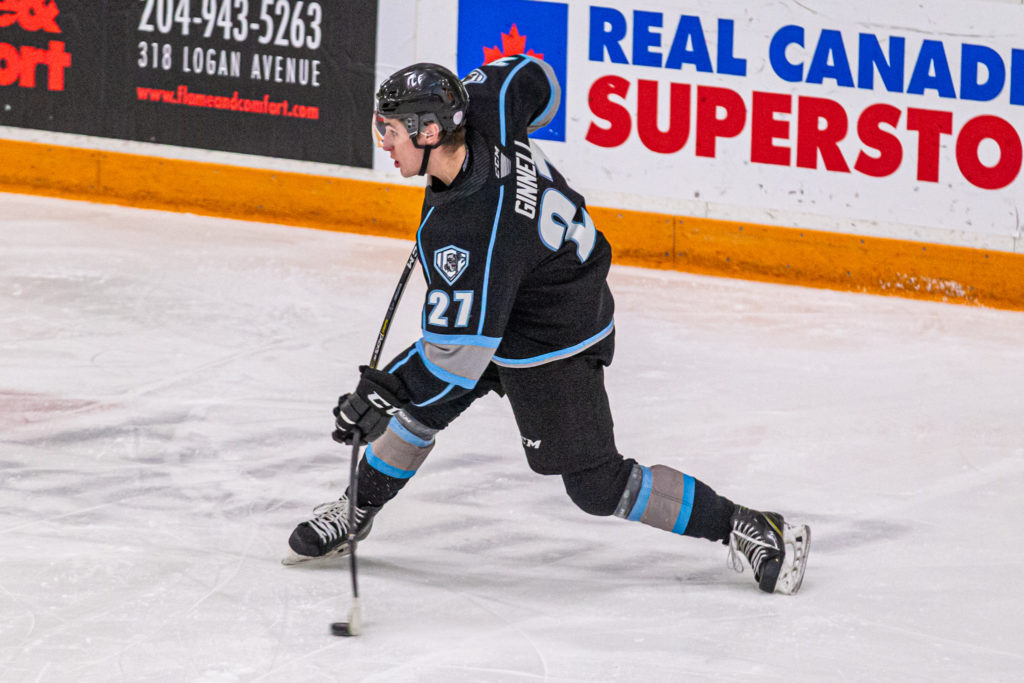 The local Western Hockey League team was back on the practice is this morning at The RINK Training Centre before boarding the bus for Moose Jaw in preparation for tomorrow’s game against the Warriors (winnipegice.leanplayer.com, cjob.com, WHL Live 7 p.m.).

Winnipeg hit the road four points up on Moose Jaw for third in the East Division and can say that thanks to getting back to their game after the gritty Rebels struck twice in the third period to tie things 3-3.

“I didn’t like how we let them hang in a little bit there, when they tied it up,” said veteran winger Brad Ginnell after the contest. “But, the boys came through big tonight – it was good to see.”

Ginnell accounted for two of the ICE goals to move into the team lead in that category with seven so far.

“I thought we held onto pucks a lot tonight, which was really good,” said the Calgary-product after the ICE wrapped up a 3-and-1 stay at the ICE Cave. “We spun off their D and just funneled everything to the net. I think we had close to 50 shots, so any night you get that that’s probably a pretty good night.”

With eight points in his last six games Ginnell is helping the ICE take advantage of a home-heavy stretch of the schedule but he’s quick to share the credit.

“I’m starting to get into a groove a little bit. I felt like I fought it a little bit, for seven or eight games in October, but now I feel a little better. I’m playing with good players, obviously, so I’ll get my chances and yeah I feel pretty good.”

A feeling Brad and his teammates look to keep going tomorrow in Moose Jaw, then into Saturday’s home date versus Regina, before closing a busy long weekend in Brandon against the Wheat Kings on Remembrance Day.

Saturday’s 7:30 p.m. contest against Regina falls on Food Drive Night in support of Siloam Mission and is presented by Domino’s Pizza.

You’re invited to bring a non-perishable food item or make a monetary donation to help the cause, and one lucky contributor will win free pizza for a year!

For ICE ticket information visit winnipegice.ca or stop in at the box office at Wayne Fleming Arena on game nights.