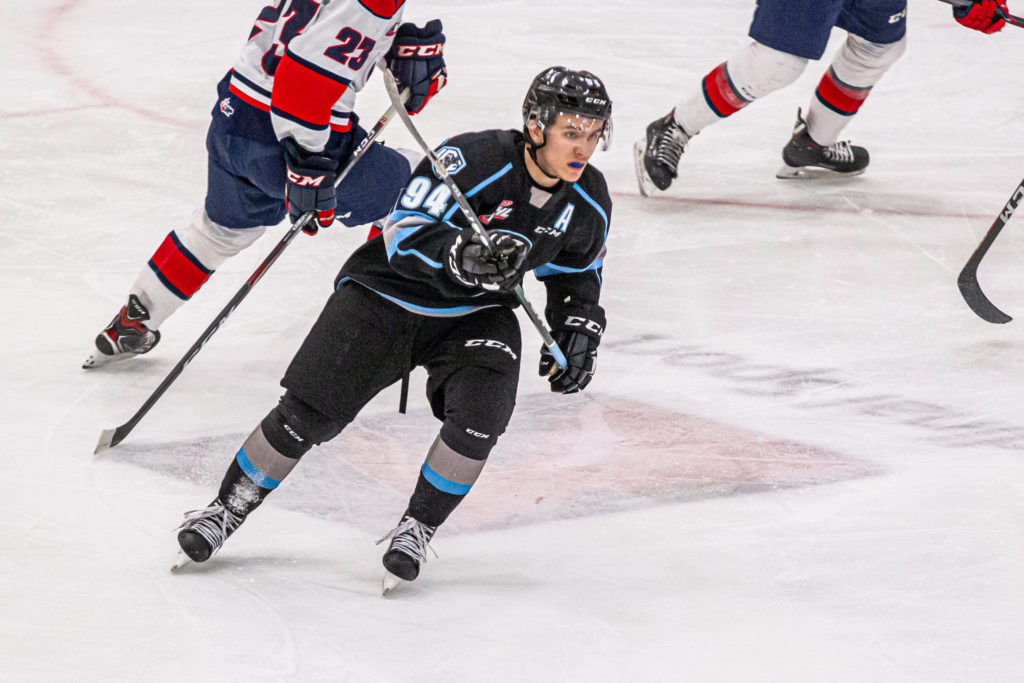 “I usually download a couple Netflix shows, Family Guy, Brooklyn Nine Nine, Prison Break, whatever I can find,” said ICE winger Connor McClennon ahead of the longest road trip of the season. “Yeah, it makes the time pass a little quicker.”

Connor and his teammates with the local Western Hockey League team will have some time to pass alright starting with a 15-hour travel day tomorrow as the ICE make their way to Fernie, BC.

Friday the team is back on the bus completing its journey to Washington state for the start of a five-game tour of the U.S. Division which begins Saturday in Everett and wraps up the following Saturday in Spokane.

“You just got to bring your pillows and blankets I guess, get as much rest as you can” said McClennon after today’s practice at The RINK Training Centre. “I guess it’s a 17 hour trip or so to Everett so you got to rest up, there’s not a lot you can do on the bus but just socializing with the guys.”

That socializing comes on the heels of a couple of hard days of preparation at The RINK as the ICE look to rebound from Monday’s 7-2 loss in Brandon, an effort that seemed out of character after a win over Swift Current and victories against Red Deer and Regina book-ending a narrow loss in Moose Jaw.

“We didn’t like our effort that game,” continued McClennon who’s second on the team with 16 points in 19 games so far. “We got right to work this week, everybody came with their hard hats on and ready to work. We’re looking forward to spending some time with the guys on the bus and hopefully get some points in the U.S. Division.”

“It’s a lot of fun to go showcase what we have here in Winnipeg in different surroundings,” said McClennon of the challenge ahead. “We only get to go there once-a-year so it’ll be a lot of fun.”

The 17 year-old winger says the team has set some internal goals for the trek west, but wouldn’t get into the numbers preferring instead to talk about learning from the ups-and-downs of their road work so far (4-4-1-0).

The next ICE home game is Saturday, November 30th at 7:30 p.m. when they host the Brandon Wheat Kings at the ICE Cave inside Wayne Fleming Arena.