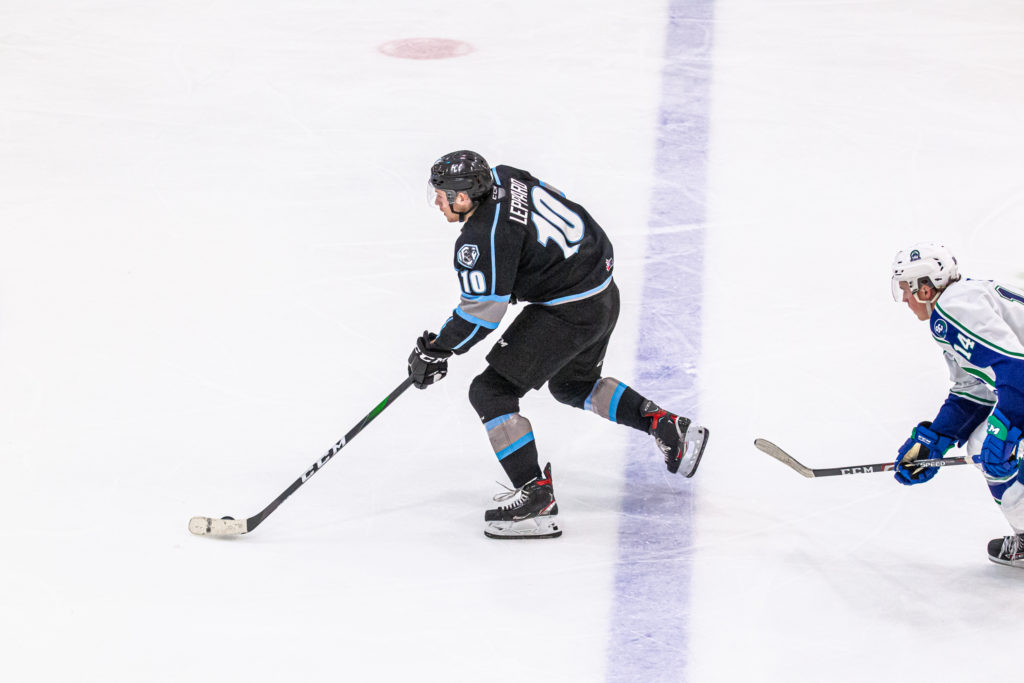 The Winnipeg ICE are getting more and more comfortable in their new home, and so is recently-acquired centre Jackson Leppard.

The ICE blanked the Swift Current Broncos 4-0 Saturday night for their fourth win at the ICE Cave at Wayne Fleming Arena in their last five games, and Leppard played a part chipping in with a goal.

The former Prince George Cougar now has five points in five games since coming over in a deal with the B.C. Division club, but was thinking team first after practice this morning at The RINK Training Centre.

“We were looking for a bounceback after getting spanked 8-2,” said Jackson reflecting on the need to get back on track after a Friday loss to Lethbridge. “I think it was good for us to get some goals in the net and get some momentum heading into our next few games here.

The ICE host the Red Deer Rebels Wednesday at 7:30 p.m. and the Regina Pats visit the ICE Cave Saturday night at 7:30 p.m., all that with a Friday trip to Moose Jaw sandwiched in between.

Leppard says Winnipeg had a few keys in mind going into the weekend matchup with the Broncos, keys that could be part of a good mindset for any matchup.

“Any team in this league can beat any other team so we just had to outwork them and stay out of the box and I think we did a pretty good job.”

TAKING CARE OF THE D-ZONE

The local Western Hockey League outfit also did a good job of taking care of its own end, limiting Swift Current to 21 shots and helping goalie Dean McNabb earn his second career shutout.

“When it gets down to the last ten minutes and zero goals (against) you want to get that shutout for Nabber and I think we did a good job. He was great back there that game too and I think it was a really great team effort all around.”

Back to the “new guy” to for a closing thought, this time on his personal view of how he’s tackling settling in to his new prairie surroundings.

“Play simple and play your game and good things are going to happen,” said Leppard.”

“We’ve got a whole lot of skilled guys on our team, and obviously points are coming, and I think it’s going pretty well.”

For ICE ticket information visit winnipegice.ca or stop in at the box office at Wayne Fleming Arena on game nights, next up Wednesday versus Red Deer at 7:30p.m. for Wacky Wednesdays.  Use promo code WACKY and get 25% off and a FREE voucher to Cineplex HERE