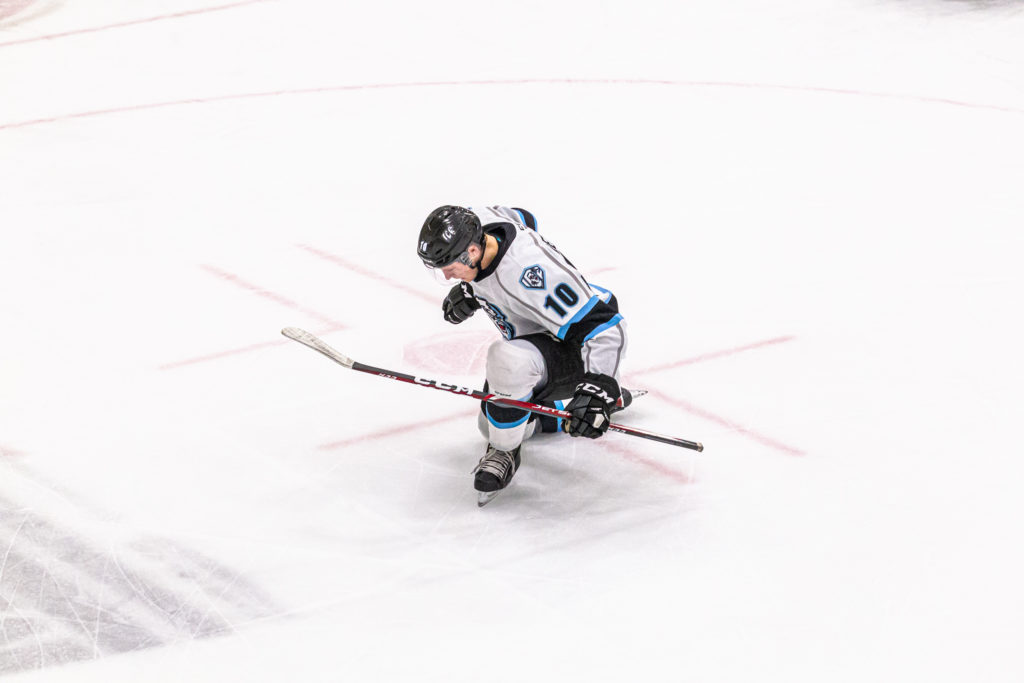 The Winnipeg ICE continued their longest home stand of the season Saturday with a win over the Red Deer Rebels.

Barteaux finished up with two helpers as the ICE shutout his former team 6-0.

Tomorrow night, the Prince George Cougars come to town and Winnipeg’s Jackson Leppard will go up against his ex-club.

It’s a game he’s really eagerly anticipating, especially the way the ICE have been playing.

Leppard has 25 points in 31 games since coming over to the ICE in an October trade with Prince George.

Oh, and that positive stretch Jackson’s referring too?

Winnipeg is 11-and-4 since the start of December and now sits on top of the East Division.

As confident as Jackson is in the play of the ICE these days, the soon-to-be 20-year old admits he’s got some mixed emotions going up against those Cougars and why wouldn’t he?

Prince George selected Leppard 8th overall in the 2015 Bantam Draft and the big forward made his debut the very next season before joining the Cougs full-time as a 16-year old.

“Excitement, a little bit nervous,” said the North Vancouver, BC product when asked to describe his feeling about the match-up. “I mean I haven’t seen these guys for three months maybe now. (But)yeah, really excited. Mostly just pumped to play them, and battle against these guys I’ve been playing with for a couple years now, and hopefully pot a couple in the net and have a good game and a good win.”

CHANGE IS A GOOD THING

Big picture Leppard is doing just fine in his new home and can see plenty of benefits to his new surroundings.

“I think change is good sometimes, and so far I think its been a good fit for me. It was tough leaving, but at the same time (I’m) happy to be here and be on a good winning team, top in the division right now so I’m excited about that.”

Jackson is also enjoying skating with the likes of Michal Teply and Isaac Johnson on a line tasked with taking on some of the top lines in the league and finding ways to get an edge.

“They’re both really creative players, and super skilled. They can find me basically just about anywhere,” said Leppard on a line that teamed up for two goals and three assists against the Rebels. “Teply great pass last game, finds me right in the slot. Basically “no-look”, so that was a gift right on my stick. You know if you get those chances, right in the prime area of scoring you’re most likely going to put them in. To have guys like that playing with you it’s really nice. It’s a treat for sure.”

For tickets to see the ICE and Cougars at the ICE Cave inside Wayne Fleming Arena tomorrow at 7:30 p.m. CLICK HERE and use the promo code 2FOR1 to get two tickets for the price of one.