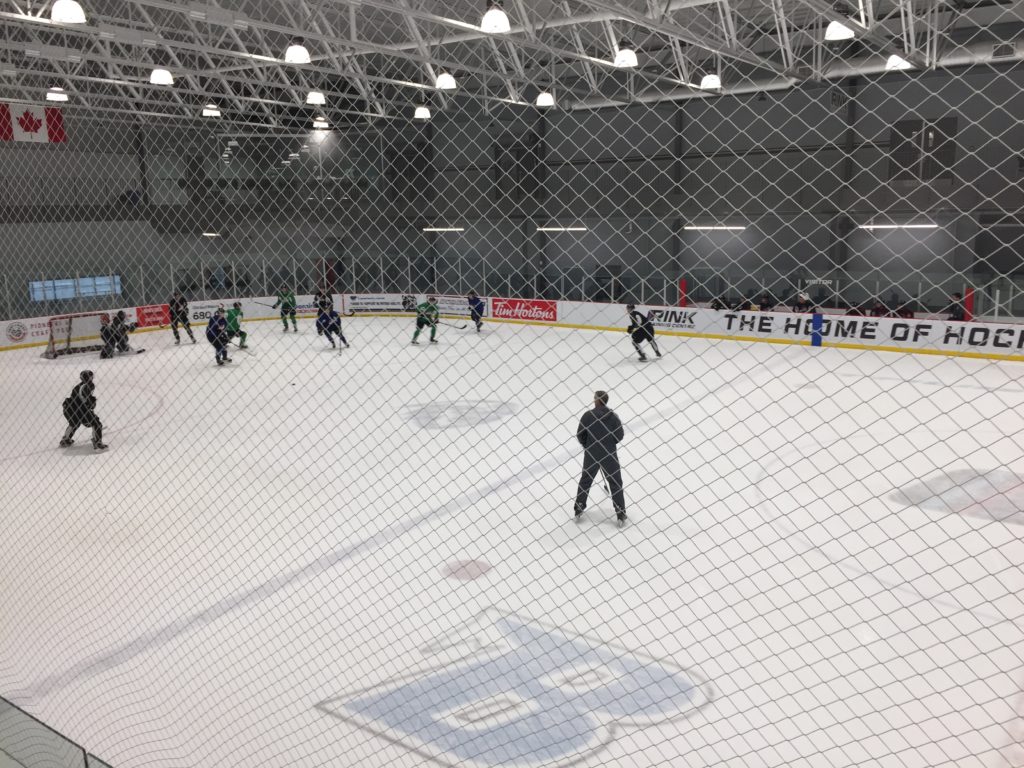 If there’s a plus to plenty of time between games early in the season, it’s that it can be put to good use on the practice ice.

The Winnipeg ICE have been honing individual skills, building conditioning levels, and developing their team game this week at the RINK Training Centre thanks to three straight practice days.

Connor McClennon is in his second full season with the club and likes what he’s seen as a response since the ICE fell to Edmonton and Vancouver on the weekend.

“We’ve worked really hard the last couple days. We showed up with our hard hats on. We came ready to work. We weren’t happy with our weekend. We had a lot to learn so we got in the video room and then took it on to the ice with a good practice yesterday and another good one today.”

All this comes at a time when McClennon got some good news on an individual level, seeing his name amongst the 44 Western Hockey League players identified on Central Scouting’s Watch List in the lead up to the 2020 NHL Draft.

McClennon was graded a B prospect at this stage, a mark reserved for those seen as possible second or third round picks.

“It’s like a report card, I guess. You’re happy to get it and now you just try and get better,” said the 17-year-old from Wainwright, Alberta wasting little time on the news before thinking about what he’s doing to improve. “I’ve really been working on playing at both ends of the ice, being reliable in the last minute and if we need a goal.”

The speedy winger broke into the WHL last season with the ICE putting up 29 points in 46 games as a freshman.

“I learned a lot last year, a lot about my game, how hard it is to play everyday. You’re playing 68 games so it’s a lot. You’ve got to come into the season ready to go and I felt like I had a good summer so I was ready to get at ‘er for sure.”

That summer included a stint with Hockey Canada at the Hlinka Gretzky Cup where McClennon gained valuable experience.

“I’ve usually been on the top line, or in the top six, and there I was more of a shutdown role, bring some energy, which was good for me. I learned a lot about my game, that I can do that and still help the team out so I think it was really good for me.”

Connor has a goal and three helpers in seven games to start the new season, but seems set on boosting his production while rounding out his overall game.