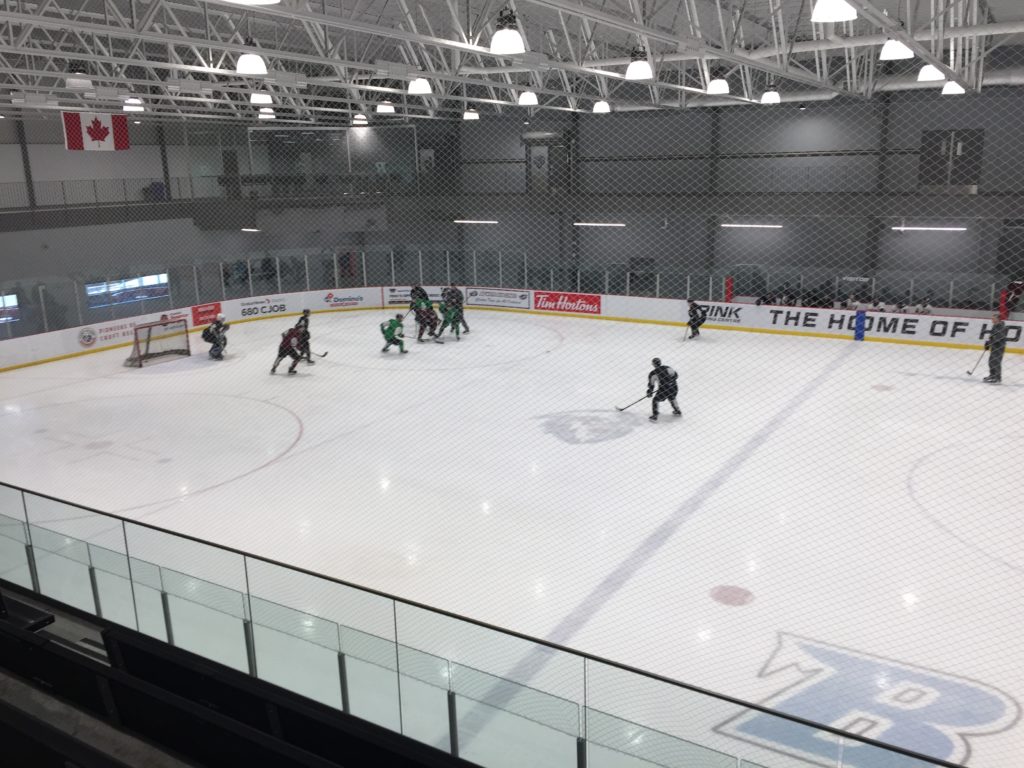 It was a busy and productive day for the Winnipeg ICE.

The local Western Hockey League team hit the gym before taking to the ice at the RINK Training Centre for a demanding session lasting nearly two hours.

From conditioning skates to one-on-one battles to mini-games no stone was left unturned as the team works to clean up a few things after a pair of weekend losses at home to Edmonton and Vancouver.

Improved puck management and more efficient play at the offensive end are top of mind with away games in Medicine Hat and Swift Current coming up Friday and Saturday.

Veteran forward Brad Ginnell is closing in on 200 WHL games and has seen the ups-and-downs of life in the game, including how to navigate bumps-in-the-road like consecutive shutout losses..

“Individually, I try not to worry about it too much. I’m going to get my touches. I’m going to get the puck lots. I’m playing with good players, so I’m not too worried about that” said the 19 year old after today’s practice. “But, as a team we just can’t get in our own heads. I know there’s probably some guys who haven’t scored yet or who haven’t got a point yet who are probably in their own head a little bit but I think we just need to stick together and just stick to our system and it’ll come eventually – it always does.”

Sharing The Ice, And Giving Back

Ginnell and teammate Nolan Orzeck weren’t just busy this morning, they hit the ice last night too – but this was no ordinary skate.

The ICE duo joined in on the fun at practice with the 9A1 and 10A1 St James Canucks.

Brad said he and Nolan had a great time with the hard-working group, and being at a rink with the ice surface split for two groups brought back great memories of his minor hockey days.

The idea of giving back hit home for Ginnell who knows what it’s like to have role models to look up to, it’s something he experienced as young player in his hometown of Calgary.

“I remember when I was younger and the Hitmen would come to our school and it just seemed so surreal and now that I’m that position it’s just feels pretty cool (to give back).”

Ginnell, Orzeck and the ICE travel to Medicine Hat Thursday ahead of games against the Tigers (Friday, 8:30 p.m. Central, cjob.com) and Broncos (Saturday, 8 p.m. Central, 680 CJOB).