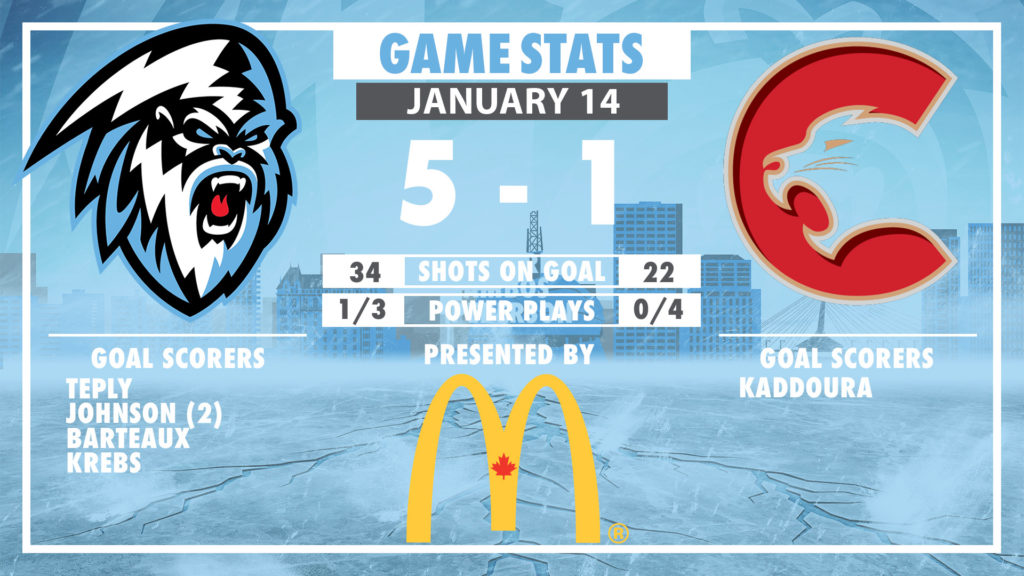 The Prince George Cougars were at the ICE Cave on Tuesday night for a clash with East Division leaders Winnipeg ICE.

The visitors would start the first period as perfect as possible as they pushed the play and scored the opening goal two minutes into the game. Majid Kaddoura scored his first goal with the Cougars after being acquired from the Saskatoon Blades on Trade Deadline Day. Unfortunately for the Cougars, the ICE would tie the game before heading into the first intermission as Michal Teply scored his first goal since coming back from the World Junior Championships.

It was all ICE in the second period as they added two more goals to make it three unanswered after 40 minutes. Isaac Johnson scored both goals for the ICE in the period with Ben Zloty getting a helper on each of the first three ICE goals.

In the third period the ICE extended their lead as Dawson Barteaux scored his first goal as a member of the ICE and later, Peyton Krebs added his 5th of the season to make it 5-1.  Isaac Johnson had a four point night picking up two goals and two assists in the outing and rookie defenseman, Ben Zloty had his first career three point game picking up three assists.

Liam Hughes made 21 saves in the victory for his 12th win of the season.