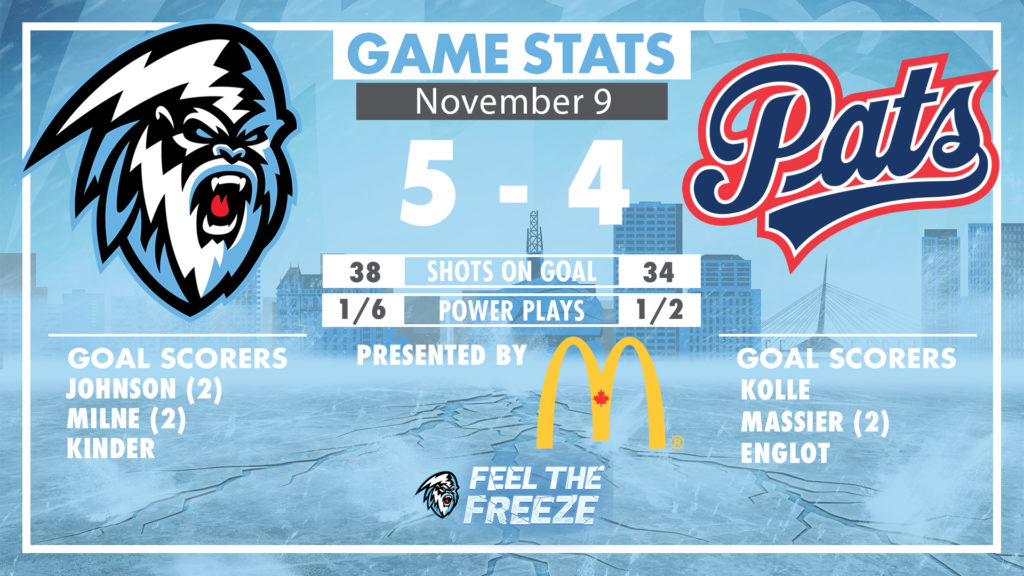 The ICE edged the Regina Pats 5-4 after Regina had a goal disallowed late in the third period. Isaac Johnson and Michael Milne both got a pair of goals in the contest.

“We got in at around 5 a.m this morning” explained Isaac Johnson, after playing in Moose Jaw last night. “You have to lead by example and I think I did that pretty well today and the boys followed”.

Nino Kinder and Michael Milne both scored in the third to give the ICE a 5-3 lead. Regina fought back and scored to cut the deficit to one goal and it looked as they had tied it up late in the third but after a lengthy review, it was ruled that the puck did not completely cross the goal line.

The ICE held on for the 5-4 victory and will start a lengthy road trip in Brandon on Monday night. They then head West for an American road trip and will be back home on November 30th against the Brandon Wheat Kings.

Here is a breakdown of the scoring: