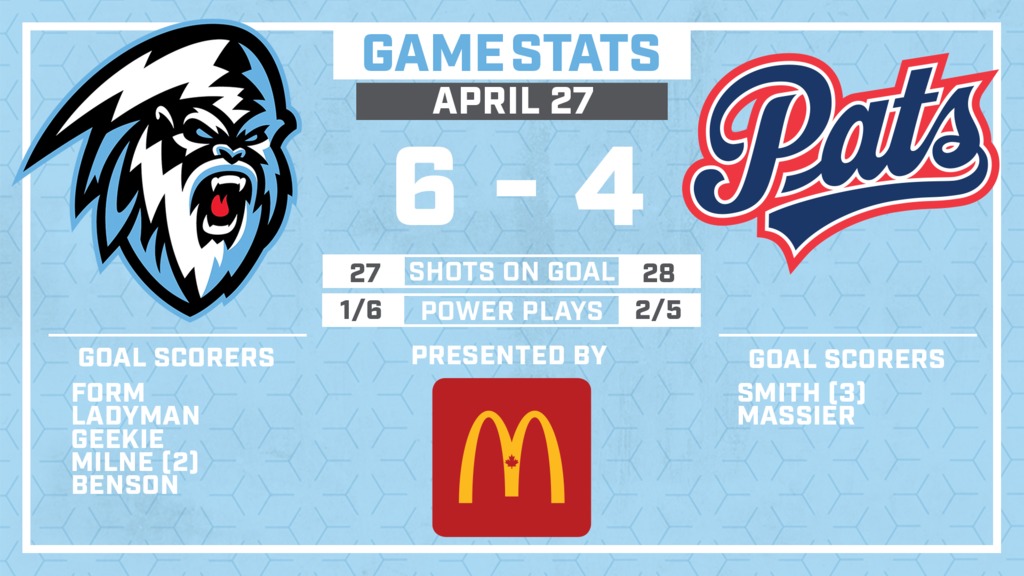 Winnipeg took to the ice for the final time during the Subway Hub Centre season as they faced off against the hometown Regina Pats, a fitting matchup to wrap up this unprecedented season. The ICE are coming off of a comeback victory over the Prince Albert Raiders last night, where they trailed 3-1 in the third but scored three unanswered goals in the final 10:32 to complete the season sweep over the Raiders. The Pats had an extra day of rest, as they last played on Sunday, where they lost 5-1 to the Brandon Wheat Kings. Carl Stankowski got the call for Winnipeg as the 20 year-old starts for his last career WHL game, facing off against Roddy Ross for the Pats.

The ICE got on the scoreboard first as James Form picked up his third goal of the season, a one-time from Chase Bertholet at 6:12. Skyler Bruce picked up the second assist on the goal. Winnipeg doubled their lead with thirty seconds left in the frame as Mike Ladyman rifled a shot past a screened Ross to put Winnipeg up by two heading into the first intermission. The Pats led in shots by a count of 9-7 after one.

Winnipeg started the second the same way they ended the first, as Conor Geekie finished off a give-and-go with Jakin Smallwood to put the ICE up by three at 2:50 into the second period. Regina would cut the lead to two at 15:55 when Zack Smith went in on a shorthanded breakaway and made a nice move to sneak it underneath Stankowski’s pad. Mikey Milne would restore the ICE’s three goal lead as he put away a Smallwood rebounded shot past Ross. Owen Pederson picked up the second assist on the goal that came at 17:28. Shots were 19-17 in favour of Regina going into the third period.

Zach Benson added to the ICE’s lead at 1:22 on a spin-o-rama goal in the slot that fooled Ross and went far post and in. Milne and Geekie picked up the assists on the goal. Carter Massier then scored a beautiful between the legs goal that went top left corner right under the bar to bring Regina to within three. Milne responded with a beautiful goal of his own as he muscled his way to the net before beating another defender and tucking it in short side on Ross. Zack Smith would make it interesting as he scored two goals in a span of 21 seconds on the power-play when Anderson MacDonald was in the box on a double-minor for boarding. That was as close as the Pats would come as the ICE ended the season with a 6-4 victory and sole possession of second place in the bubble after going 18-5-1. 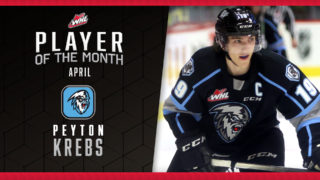 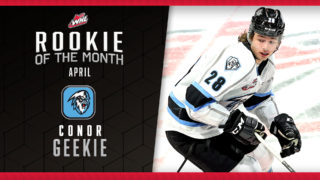 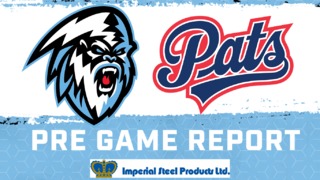