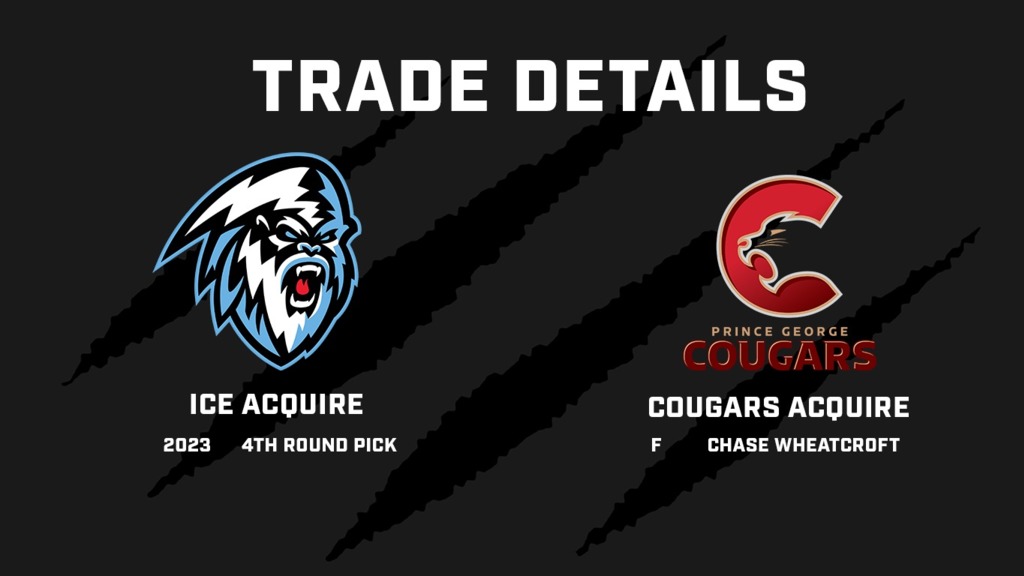 The Winnipeg ICE have acquired a fourth round pick in the 2023 WHL Prospects Draft in exchange for forward Chase Wheatcroft.

The 20 year old from Calgary, Alberta played 33 games with the ICE during the WHL regular season registering 20 points (12 goals and 8 assists), was +18 and had 22 penalty minutes.

“We would like to thank Chase for his contribution to the ICE and wish him well in Prince George” said President / General Manager Matt Cockell.

A reminder, 2022-23 Season Seats Early Bird Pricing is now available until Wednesday, June 15th.
A Full Season Access Pass for children 12 and under is as low as $4 per game and Adult for under $17 per game. Go to www.winnipegICE.ca for details.