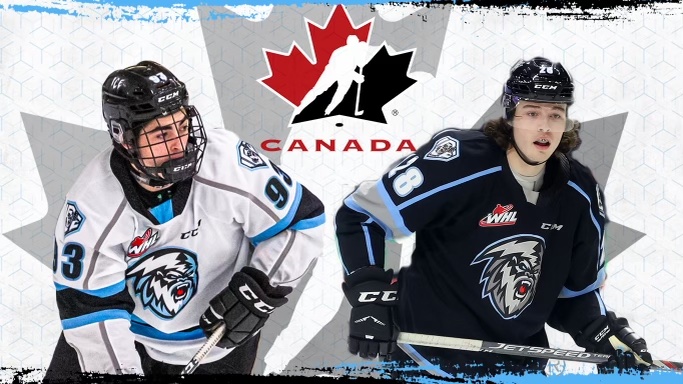 Winnipeg, MB – Matthew Savoie and Conor Geekie have been invited to Canada’s National Men’s Under-18 Team summer development camp, July 25-Aug. 4 at the Seven Chiefs Sportsplex on the Tsuut’ina Nation near Calgary.

In total, 45 players have been chosen to attend the Canadian Under-18 Development Camp.

The ICE selected Savoie first overall in the 2019 WHL Bantam Draft. The St. Albert, AB native played 22 games for the ICE in the 2019-20 season where he recorded seven assists.

Geekie, from Strathclair, MB, just wrapped up his first full season with the Winnipeg ICE. The 6’5, 205lbs centre scored nine goals and added 14 assists for 23 points in 24 games played during his rookie season. The ICE selected Geekie second overall in the 2019 WHL Bantam Draft.

Savoie and Geekie, the 1st and 2nd overall picks from the 2019 WHL Prospects Draft  will begin their first full season together in Winnipeg when the ICE take on the Brandon Wheat Kings on October 2nd in the home opener presented by Nutrien Ag Solutions.