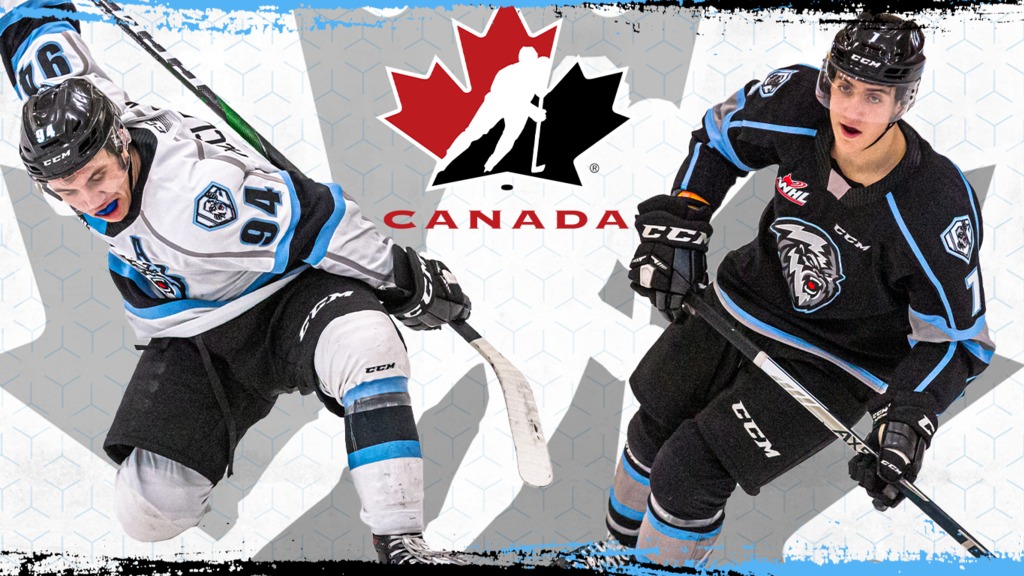 The Winnipeg ICE are proud to announce that defenseman Carson Lambos and forward Connor McClennon have been invited to attend Canada’s National Junior Team summer development camp, July 28 to August 4 at the Seven Chiefs Sportsplex on the Tsuut’ina Nation near Calgary.

During the eight day camp, players will participate in a variety of on and off ice sessions.  They will also have combined practices and intra squad games with players attending Canada’s National Men’s Under 18 Team summer development camp, which includes ICE forwards Conor Geekie and Matthew Savoie.

Lambos, from Winnipeg, Manitoba, completed his second WHL season playing two games before leaving due to a medical condition.  In 2019-20, the 18 year old had 32 points (8 goals and 24 assists) to lead all WHL rookie defenseman in scoring and was +20 in 57 games.  NHL Central Scouting has Lambos ranked 11th among North American skaters for the 2021 NHL Draft.  The ICE selected Lambos in the 1st round, 2nd overall in the 2018 WHL Prospects Draft.  Lambos represented Canada in 2019-2020 at the World Under-17 Hockey Challenge where he registered 5 assists in 6 games.

McClennon, from Wainwright, Alberta, completed his third WHL season with the ICE leading the team with 14 goals and finished second in assists (19) and points (33), only behind Peyton Krebs.  The 19 year old was selected in the 2020 NHL Draft by the Philadelphia Flyers in the 6th round, 178th overall.  The ICE selected McClennon in the 1st round, 2nd overall in the 2017 WHL Bantam Draft.  McClennon represented Canada in 2018-2019 at the World Under-17 Hockey Challenge where he registered 11 points (8 goals and 3 assists) in 5 games.