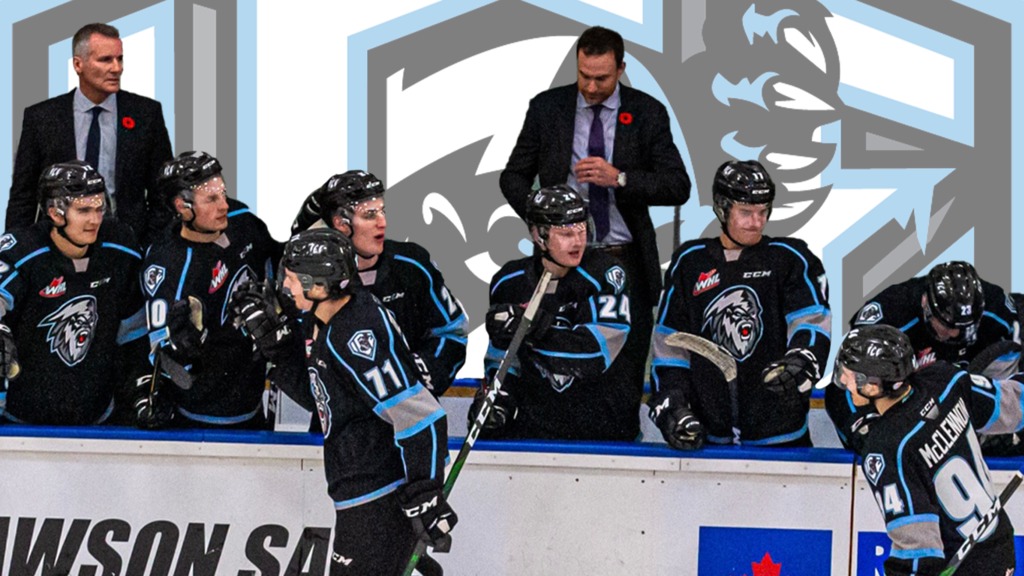 “I am really happy for our organization to have these quality men pass along their experiences, both on and off the ice.  With Josh’s success as a player in the WHL and then with what he went through in pro, he’s a huge asset for our guys to learn from” said Patrick.  “Larry and Byron have a wealth of experience developing elite hockey players and our players will benefit from their experience.  We are excited to add them to our staff.”

Patrick, 58, enters his fifth season as Head Coach.  Over the past two seasons since relocating to Winnipeg, Patrick has led the ICE to a 56-29-2 record in 87 regular season games, finishing in second place both seasons in the East Division standings.

Prior to joining the ICE, the Winnipeg product spent 11 seasons in the NHL as an assistant coach with the Buffalo Sabres and Dallas Stars.

A first round draft pick, 9th overall by the New York Rangers in the 1981 NHL Draft, Patrick played 21 seasons in the NHL with the New York Rangers, Hartford Whalers, Calgary Flames and Buffalo Sabres recording 149 goals, 490 assists for 639 points in 1,280 regular season games.  Among his accomplishments as a player, Patrick suited up for Team Canada twice at the World Junior Hockey Championships, five World Championships, one Canada Cup and at the 1984 Winter Olympics in Sarajevo, Yugoslavia.

Green, 43, enters his third season as an assistant coach with the Winnipeg ICE.

A second round draft pick, 30th overall by the Los Angeles Kings in the 1996 NHL Draft, Green played parts of nine seasons in the NHL with the Kings, New York Islanders, New York Rangers, Edmonton Oilers, Washington Capitals, Calgary Flames and Vancouver Canucks recording 36 goals and 40 assists for 76 points in 341 games.  Green also played 435 games in the American Hockey League and 278 games in Europe.  Prior to that, the Camrose, Alberta product played five seasons in the WHL with the Medicine Hat Tigers, Swift Current Broncos and Portland Winterhawks registering 142 goals and 136 assists for 278 points in 282 games.

Spriggs, 27, enters his second season as an assistant coach.  The Winnipeg product is Bison alumni, having backstopped their program for five seasons.  In three of those seasons, he was named the Bison’s most valuable player.  Spriggs also played three seasons for the MJHL’s Winnipeg Blues, winning a league championship and was named playoff MVP in 2014.

Woo, 50, enters his first season as an assistant coach.  As a player, Woo spent two seasons in the WHL with the Victoria Cougars and Swift Current Broncos prior to his four years at the University of Manitoba.  Since founding the Laker Hockey Academy in 2008, Woo has dedicated his time to hockey development in Winnipeg working with many AAA, WHL and professional hockey players.