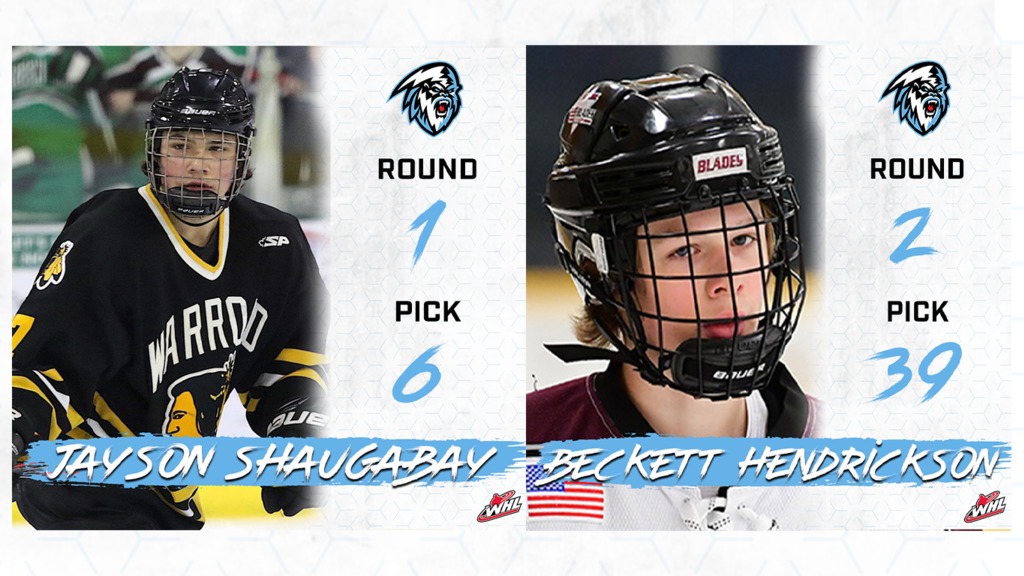 With the 6th overall pick, the ICE selected Jayson Shaugabay from Warroad, MN.  The 5’9, 158lbs centre scored 19 goals and added 32 assists for a total of 51 points in just 22 games last season for the Warroad High School Warriors in the USHS-MN League.

“Jayson is a highly skilled forward with lots of upside.” said Jake Heisinger, Vice President of Hockey Operations / Assistant General Manager. “As a first year high school player, he consistently produced offensively and was a key reason his team reached the state tournament. We would like to welcome Jayson and his family to the ICE.”

With the 2nd pick, 39th overall, the ICE selected Beckett Hendrickson from Minnetonka, MN 39th overall.  The 6’0, 150lbs left winger played in 43 games for the Minnetonka Skippers Bantam AA where he scored 52 goals and added 62 assists for a total of 114 points.

“Beckett comes from a strong hockey background which will be a valuable resource in his development.” Said Jake Heisinger, Vice President of Hockey Operations / Assistant General Manager. “He is a skilled player with very good hockey sense which allows him to create opportunities for himself and his linemates. We would like to welcome Beckett and his family to the ICE.”