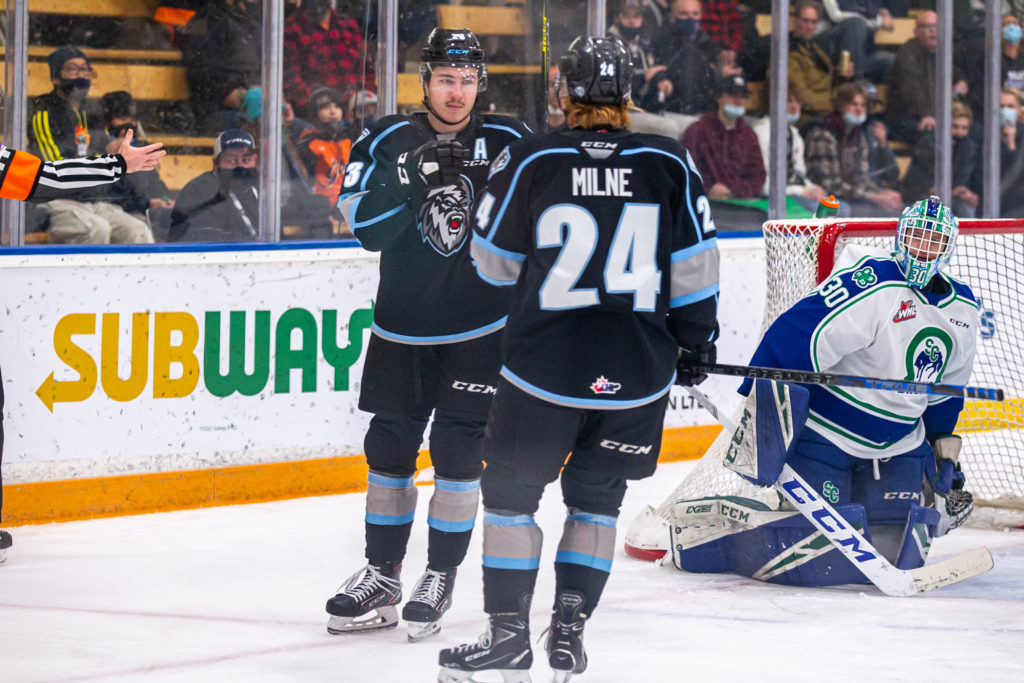 Jakin Smallwood’s 11th goal of the season on the power play 6:23 into the first period proved to be the game winning goal as the Winnipeg ICE shut out the Swift Current Broncos 7-0 Wednesday night.

Connor McClennon scored twice while singles came from Matthew Savoie, Nolan Orzeck, Skyler Bruce and Chase Bertholet as the ICE improved their record to 20-1 and a perfect 12-0 on home ice.

Gage Alexander made 23 saves for his second shut out of the season.  Reid Dyck stopped 40 of 47 for the Broncos.

Winnipeg was 4/8 on the power play.  Swift Current finished the night 0/1.