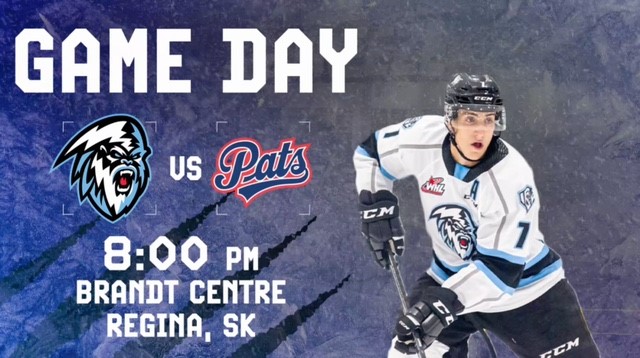 Tonight is the start to a three in three for the ICE.  This is the only time during the regular season when the ICE will play on three consecutive days.

Winnipeg is coming off an 8-0 victory over the Prince Albert Raiders Saturday night at the ICE Cave inside Wayne Fleming Arena.  WIth a 4-0 record, the ICE are off to their best start in franchise history outscoring their opposition 30-5.

The last time the ICE opened the season without a regulation loss in their first five games was 2004-05.  That team had a 4-0-1 record outscoring their opposition 13-2.

Wednesday’s win was number 100 for General Manager Matt Cockell and Head Coach James Patrick in their respective roles with the ICE.  Since relocating to Winnipeg, the ICE record is 60-29-2.

The ICE will be without defenseman Karter Prosofsky for the next two games.  He has been suspended by the WHL for a charging major and game misconduct penalty vs Prince Albert on Saturday.  Prosofsky was also suspended for opening night in Brandon due to a major penalty assessed in preseason play September 25th.

Since relocating to Winnipeg and the East Division, the ICE are 10-0 vs Regina.

The ICE play six of their first eight games at The ICE Cave inside Wayne Fleming Arena.  Aside from opening night in Brandon (10-2 win), the only other game not in Winnipeg over the first three weeks of the ICE regular season schedule is tonight.

This is game five of six straight against East Division opponents. Their first game against a Central Division team is Sunday at home versus the Swift Current Broncos.  Last season, Winnipeg completed their 24 game schedule against the East Division with an 18-5-1 record, which included a 6-0-1 mark to finish the season.

Seven players are tied at eight points, including ICE forwards Owen Pedersen, Mikey Milne and defenseman Ben Zloty to share the WHL lead.  Pederson has four goals and four assists, Milne has three goals and five assists while Zloty has one goal and seven assists.  They are tied with Brayden Schuurman of Victoria, Tristen Robins of Saskatoon along with Kamloops’ Logan Stankoven and Dylan Sydor.

Zloty is tied with Sydor to lead the WHL with seven assists.  Zloty also leads all WHL defensemen in points and assists.

Conor Geekie leads all WHL players with a plus minus rating of +9.

Zloty and Martin Bohm lead all WHL defensemen at +8.

Benson also leads all WHL rookies with 13 shots on goal.

Matthew Savoie leads all WHL rookies with a plus minus rating of +6.

Gage Alexander and Everett’s Braden Holt are the only two goaltenders in the WHL to start the season with a shutout.

Daniel Hauser, along with Dylan Garand of Kamloops, Bryan Thompson of Lethbridge and Sebastian Cossa of Edmonton lead the WHL with 3 wins a piece.

The Winnipeg ICE are teaming up with Bell Media (99.9 Bounce FM, CFRW 1290 AM, CTV and Virgin Radio 103.1 FM) to share the excitement this season.  All regular season and playoff games, presented by Royal LePage Dynamic Real Estate, will be heard on CFRW 1290 AM. Click here to listen live.  Veteran broadcasters Brian Munz and Kevin Olszewski will bring you all the action starting with a 30 minute pregame show featuring players, coaches and the latest from around the WHL. 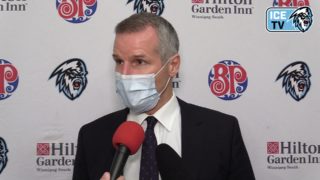 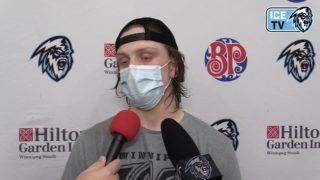 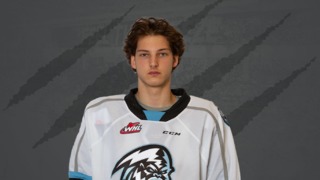